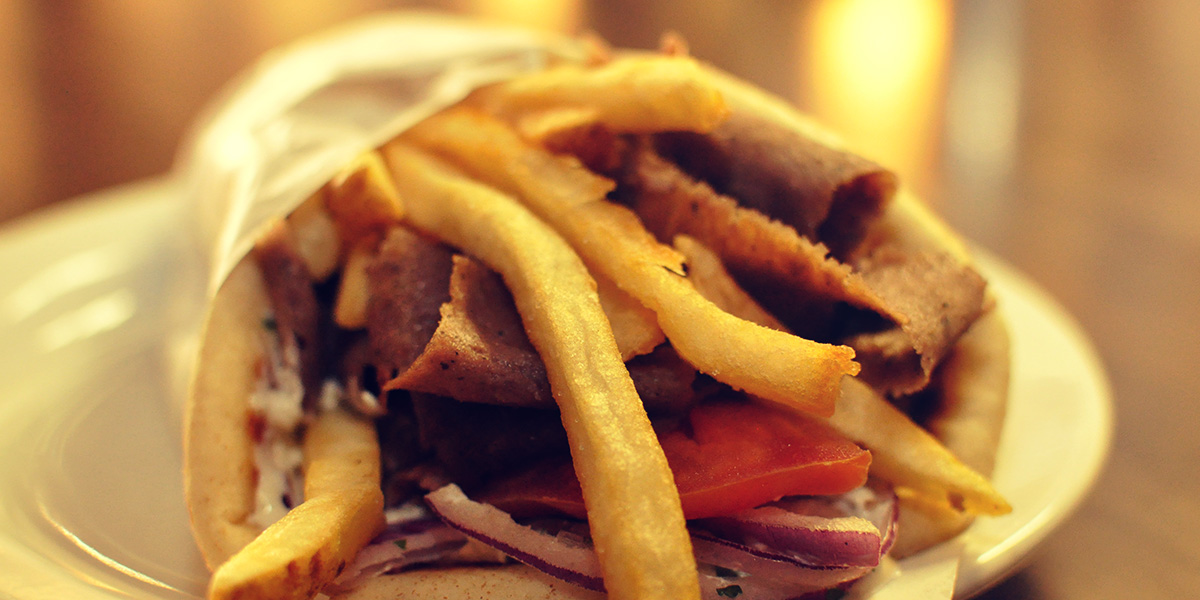 It’s known around the world that Greek cuisine is amongst the finest. So, its no surprise that Greeks invented one of the best sandwich ever invented, the gyro.  Until now, there has never been a place in Sacramento where you could get authentic Greek food like our gyro, which is served and prepared just like you would get strolling the streets in Athens or coming home from a day at the beach in Crete.

Allow us to explain, Gyro, as its known in America is a delicious mix of beef and lamb blended with seasonings shaped into a cone and cooked in an upright rotisserie grill until its delicately shaved off and placed into a sandwich.  This is obviously one of the best fast food items in the world.  However, what it has in amazing flavor it lacks in authenticity.  That’s why we added two traditional gyro options–pork and chicken.

We’re proud to serve the beef/lamb gyro at all of our locations, and serve it the best in the city, but at Petra Greek we wanted to take things a step further and bring authentic Greek Food to Sacramento.  Just like a gyro shop in Greece, we roast stacked chicken or pork marinated in our  proprietary blend of seasoning.  Then we cook the meat in an upright skewer and let magic happen as the seasonings and olive oil baste the gyro until its sliced off fresh and placed into a warm pita, homemade tzatziki (or try it with plain yogurt!), tomato, onion and french fries.  Yes, french fries, just like they do it in Greece (true story!).

Our gyro options are a real treat, and we hope that you love eating them as much as we love making them for you.  We want want to serve you the most authentic Greek food in Sacramento.  Enjoy!